The ladle slag line is the part where the molten steel is in direct contact with the air, and it is also one of the parts with the most frequent maintenance. This article explains how to improve the life of ladle slag line from three aspects: external environment, refractory quality and masonry method.

The ladle slag line is the part where the molten steel is in direct contact with the air. At present, magnesia-carbon bricks are mostly used in ladle slag line masonry. Due to the temperature difference and the oxygen-enriched environment in this part, the erosion rate is significantly faster than other parts. In addition, the tipping and slag discharge operations of molten steel during operation will cause great damage to the slag line. Therefore, the ladle slag line is one of the most frequently repaired parts.

The service life of the ladle slag line is mainly affected and restricted by the external environment, the quality of the refractory materials and the masonry method.

At present, the ladle slag line is mainly built with magnesia-carbon bricks. Whether it is a traditional magnesia-carbon brick or a low-carbon magnesia-carbon brick that is widely used at present, it mainly uses flake graphite as its carbon source. The flake graphite is generally -197, -196 etc., that is, the particle size is greater than 100 mesh, the purity is higher than 97% or 96% (mass fraction), and the binder is thermosetting phenolic resin. During the carbonization reaction, the network structure formed by the cross-linking reaction of its own chain segments can form magnesia particles. Mechanical interlocking force with graphite etc.

Graphite, as the main raw material for the production of magnesia-carbon bricks, mainly benefits from its excellent physical properties:

When the ladle receives the molten steel from the converter, it will be accompanied by a large amount of steel slag. The low melting point 2CaO·SiO2 in the steel slag dissolves in the MgO grain boundary and chemically reacts with the trace impurity elements in the MgO layer, which plays a major role in the dissolution of magnesia refractories. From the perspective of converter slag, the research on the performance improvement of magnesia-carbon bricks mainly focuses on magnesia, antioxidant and microstructure.

In addition, the addition of antioxidants in magnesia-carbon bricks also affects its quality. In order to improve the oxidation resistance of magnesia-carbon bricks, a small amount of additives are often added. Common additives are Si, Al, Mg, Al-S, Al-Mg. , Al-Mg-Ca, Si-Mg-Ca, SiC, B4C, BN and Al-B-C and Al-SiC-C series additives. The role of additives mainly has two aspects: one is from the point of view of thermodynamics. At the working temperature, the additive or the additive reacts with carbon to form other substances, which have a greater affinity with oxygen than carbon and oxygen, and are oxidized prior to carbon to protect carbon. On the other hand, from a kinetic point of view, the compounds generated by the reaction of additives with O2, CO or carbon change the microstructure of carbon composite refractories, such as increasing the density and blocking pores. 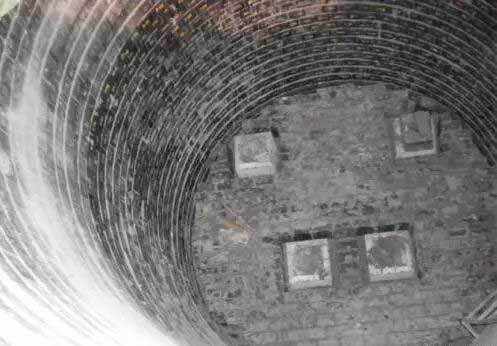