The basic value of the influence of the crown of the support roller obtained by the strip crown influence rate simulation software is shown in Fig. 1 (b). 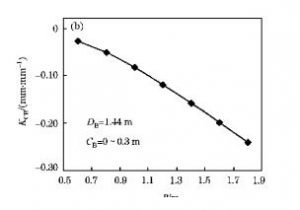