How big is the global (COVID-19) impact on the steel industry?

How big is the global (COVID-19) impact on the steel industry?On March 11, the World Health Organization designated new crown pneumonia as a “global pandemic”, which is the second “global pandemic” identified since the 2009 H1N1 flu. The complexity and diversity of national governance and the region have brought many uncertainties to the epidemic prevention and control, and the global steel industry is facing a more complicated situation.

The steel industry in the “hardest hit area”

On March 14, 8 countries (China, Italy, Iran, South Korea, Spain, Germany, France, and the United States) had more than 2,000 diagnoses of new crown pneumonia worldwide. 91% of the confirmed patients have become the “heavy disaster area” of the epidemic, especially Europe has become the “epicenter” of the “global pandemic”. In these 8 “heavy-hit areas”, the total GDP in 2019 was US $ 47.8 trillion, accounting for 55% of the world’s total; crude steel output was 1.279 billion tons, accounting for 68.4% of the world’s total. Steel production ranks first, fourth, fifth, seventh, and tenth in the world, occupying five of the top ten positions, and occupying an important position in the global steel supply system.

The economic scale and steel output of the eight countries account for more than half of the global total. The epidemic will inevitably have a significant impact on the global economy and the steel industry. The linkage between the steel industry and the economy can be considered from three aspects.

The first is its relevance to the local economy. This can be simply observed by the ratio of apparent steel consumption to GDP (tons / 10,000 USD). The larger the ratio value, the larger the industrial proportion in economic activities, and the greater the impact of economic growth on steel. In 2018, the global value of the ratio was 0.21. Among the above 8 countries, the ratios of China, Iran, and South Korea are significantly higher than the global level, which are 0.65, 0.46, and 0.33, respectively. The local economy is strongly related to steel; the other five countries have lower values, and the United States and France only have values. It is 0.05, which is related to the post-industrialization period in Europe and the United States, and the industry is dominated by the service industry. Economic fluctuations have a small impact on the steel industry. It can also be considered that the fluctuation of the steel industry has a small impact on the overall economy.

The second is its relevance to global trade. This can be observed from the scale of imports and exports. In 2018, the 8 countries’ contribution to the global steel trade was 70%, of which exports contributed 40% and imports contributed 30%. China ’s steel export volume is 68.6 million tons, accounting for 15% of global steel export volume. The export regions are mainly Southeast Asia, South Korea and other places; South Korea ’s export volume is 30.1 million tons, accounting for nearly 7%. In 2018, the United States imported 31.7 million tons of steel, which is highly dependent on overseas countries. The foreign trade of steel in eight countries is intertwined, and out of control of the epidemic is likely to have an adverse impact on the global steel trade. It is difficult for the trading countries in the “hardest hit areas” to survive.

The third is the relevance to indirect import and export products. Part of the crude steel is directly exported, and another part is imported and exported through finished products, such as steel products for machinery, automobiles, and home appliances. According to the World Steel Association’s 2017 data, the indirect import and export scale of crude steel in eight countries reached 269 million tons. Among them, the indirect export scale was 169 million tons, and the indirect import scale was 100 million tons. China, Germany, and South Korea have developed automobile and machinery manufacturing industries, with indirect exports reaching 136 million tons; the United States and Germany are major indirect importers of crude steel, with nearly 70 million tons of steel used. The steel industry in eight countries affected by the epidemic will have a significant impact on the global automotive, machinery and other industrial supply chains. Taken as a whole, the steel industry, which accounts for more than 90% of the confirmed cases of new pneumonia outbreaks, plays an important role in the global economy and supply chain system, affecting the whole body.

Impact of the (COVID-19) on the global steel industry

The steel industry is a basic industry with a large economic scale, long industrial chain, and many related industries. Even without this epidemic, operations will be affected by multiple factors such as macroeconomics, financial markets, raw materials, and terminal demand. The complexity of the operation. Combined with the operation of the domestic steel industry in the previous stage, the impact of the epidemic on the global steel industry is mainly reflected in four aspects:

The first is confidence. The reason why confidence is given priority is determined by the characteristics of the deep financialization of the steel industry. In recent years, the steel industry has become more closely linked to financial markets, and prices have become more affected by futures. In 2019, the domestic iron ore futures turnover was 19.87 trillion yuan, ranking first in domestic futures commodities, with a year-on-year increase of 72.39%, and the largest domestic commodity futures commodity turnover. The operation of the steel industry requires stable market expectations, and the epidemic has frequently disturbed global financial markets, and the panic index VIX hit a record high, causing violent fluctuations in global stock markets and commodities. There is still a lot of uncertainty in the follow-up direction, especially the strong linkage between the European and American stock markets and the domestic stock market, and a large proportion of the 8 countries in Europe and the United States. Global financial market fluctuations will have some impact on commodities, and Affects the prices of raw materials and finished products required by steel companies, which brings difficulties to the stable operation of the steel industry.

The second is demand. At present, the world is learning to implement China’s epidemic prevention measures at different levels. The core is to press the “pause key” of people flow and logistics. The short-term decline in global steel industry demand is inevitable. The impact of demand in the steel industry comes from shrinking orders on the one hand, and “obstructions” in related supply chains on the other. Judging from the changes in the domestic steel industry’s terminal demand in the first two months, the impact is large, and many are double-digit declines. According to industry association data, from January to February, domestic automobile production and sales were 2.05 million and 2.24 million, respectively, a year-on-year decrease of 46% and 42%, and new energy vehicle production and sales declined even more. From January to February, the cumulative sales volume of domestic excavators was 19,200 units, a year-on-year decrease of 37%. Among them, the domestic sales volume was 14,700 units, a year-on-year decrease of 46.5%; the export volume was 4,555 units, a year-on-year increase of 48% (this shows that there were more external demand or orders on hand in the first 2 months). In terms of supply chain, the epidemic is spreading globally, which has a wide-ranging impact on the global steel-related industry supply chain. Taking the automotive supply chain as an example, the globalization of the supply chain has obvious characteristics, and it is mainly distributed in eight “heavy-hit areas”. China, South Korea, Italy, Japan, France, Germany, and the United States are important producers of auto parts. According to related reports, affected by the epidemic, the total export value of passenger car parts in the seven countries may be reduced by 32.8 billion U.S. dollars. At present, the short-term impact of the epidemic on the steel industry is gradually emerging. The key is to see how long the epidemic lasts. If the shortage of orders and supply chain “obstruction” continue for more than six months, the steel industry will face high production shutdown costs and cash pressure.

The third is raw materials. China’s iron and steel industry has a high degree of dependence on external iron ore and a large demand; South Korea, Germany, and France have a high proportion of converter steelmaking, which also requires a certain amount of iron ore imports. The import volume of iron ore in the eight countries accounted for 78% of the total iron ore imports in the world. Global commodity logistics, especially shipping, is crucial to the stability of raw material supply in the steel industry. Fortunately, the main iron ore producing area is not currently a “heavy-hit area” of the epidemic. A report released by McKinsey in February predicted that the impact of the epidemic on global logistics could continue until the end of this year. Under the epidemic situation, logistics may be restricted by the temporary control policies of some countries, and steel production companies need to consider the relevant impacts. Affected by the epidemic, global steel output may decline. If calculated based on a 3% reduction in pig iron output, global iron ore consumption will be reduced by about 50 million tons.

The fourth is inventory. In the case of short-term short-term demand, inventory has a greater impact on the iron and steel industry, and it is easy to bring “blood” damage to the operation of iron and steel enterprises. Adjusting production in a timely manner according to market demand is the response. At present, the domestic steel stocks and steel mill stocks are at historical highs, and the utilization rate of electric furnace steelmaking capacity remains low. From the ratio of converter and electric furnace configuration in 8 countries, the proportion of steelmaking in electric furnaces in Italy, Iran, Spain, and the United States exceeds 50%, and the flexibility of capacity utilization is greater; China, Korea, Germany, and France have less flexibility. . Following the recovery of China’s domestic economic activity, the speed of inventory digestion will accelerate, but the steel industry in other countries may face inventory problems.

Confidence will mainly come from China

At the moment, the timing of the epidemic is still uncertain. On March 13, Zeng Guang, a member of the high-level expert group of the National Health and Medical Commission, said: “The end of the global epidemic should take longer than June. When it ends depends on the prevention and control of various countries. It is not yet possible to determine the end of the domestic epidemic. Countries can take the lead to end the epidemic out of the world. “Below this, the epidemic is still increasing concerns about global economic growth expectations, and some institutions predict that the global economic growth rate in 2020 may be the lowest level since the global financial crisis in 2008.

But the good news is that China’s epidemic has been basically controlled. China has the world’s largest manufacturing industry and the world’s largest, longest and most complete industrial chain. With the gradual resumption of work and production in the country, the return to normal economy, coupled with looser fiscal policies and more flexible monetary policies, and the combination of traditional and new infrastructure demand, China’s steel industry, which has more than half of global crude steel production, will It plays an important role in helping the global steel industry to escape the impact of the epidemic and return to the track of normal operation. 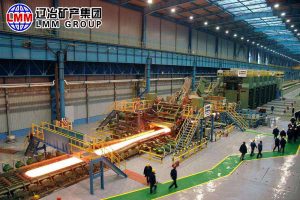 Get more information on the steel industry

This article is reproduced, the original link