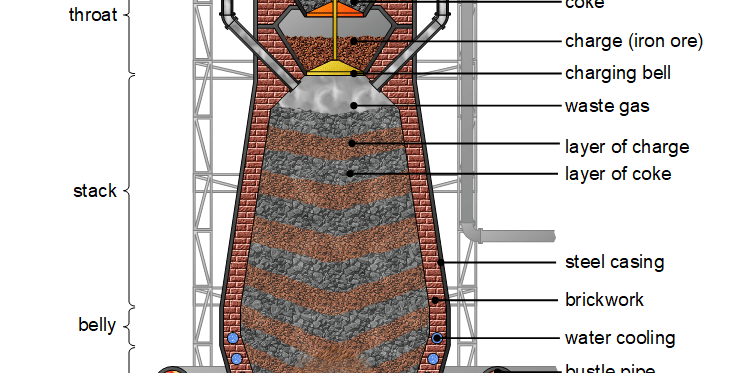 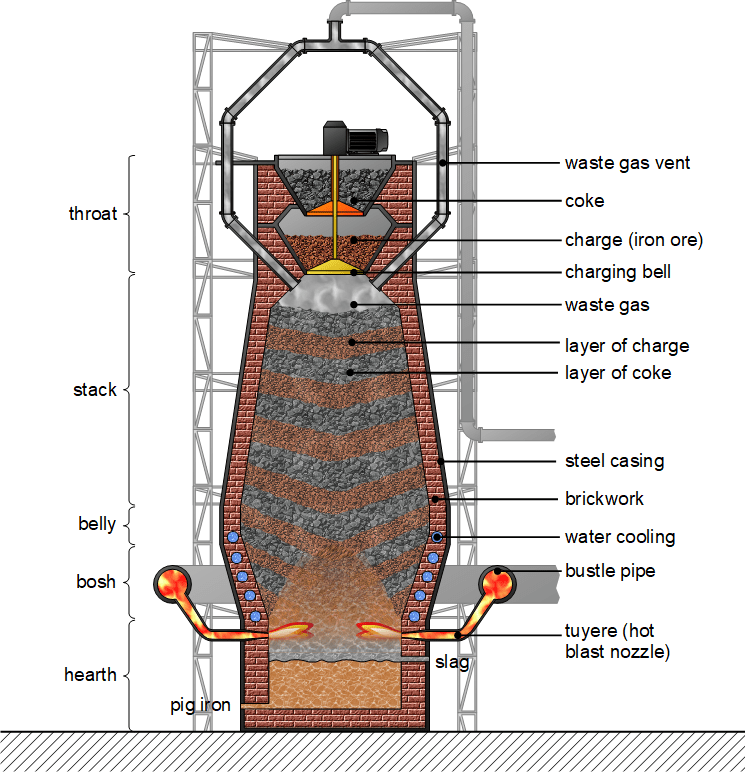 Ironworks- This article provides answers to the following questions, among others:

After the ground ores have been processed in forms of sinter and pellets (see article iron ore mining and dressing), they are stored in bunkers in the iron works and mixed with lump ore as required. Before this mixture is then fed to the blast furnace together with coke as fuel, additives are added (also called fluxes). These mixture is referred to as charge. The feeding of charge and coke into the top of the blast furnace in layers is then referred to as charging.- Ironworks 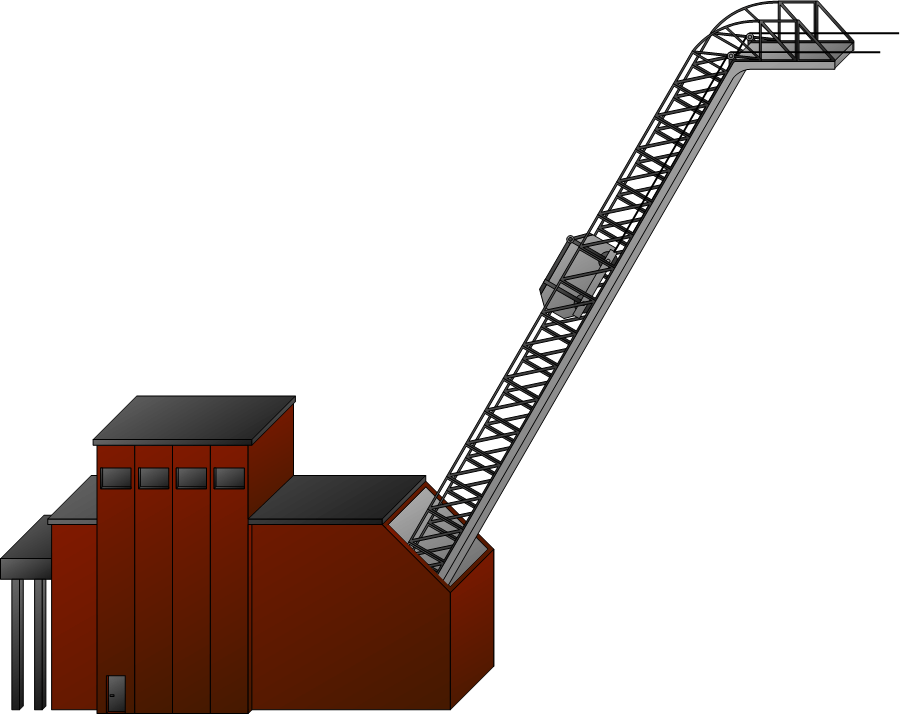 The mixture of iron ore and flux is called charge, which is fed into the blast furnace in layers together with coke (called charging)!

Even if the iron content in the ores could be greatly increased by the processing, undesirable substances will still be present. For this reason, additives (fluxes) such as limestone (CaCO3CaCO3) or  quicklime (CaOCaO) are added to the charge. These fluxes react in the blast furnace with the gangue and the coke ash. A liquid mixture is formed which binds the undesirable elements. This mixture is also called slag.

Since the liquid slag has a lower density than the iron, it floats on the melt and can then be separated relatively easily. In addition, the slag forms a passivation layer to prevent excessive oxidation of the molten iron by the ambient air.- Ironworks

bout 20 % of the total tapped mass from the blast furnace is accounted for by the slag alone! Slag, however, is by no means a pure waste product but serves as a raw material for cement production. In this case the slage ist solidified and granulated and is referred to as ground-granulated blast furnace slag (GGBFS). The blast furnace slag contains large quantities of calcium oxide (CaOCaO), silicon dioxide (SiO2SiO2), aluminium oxide (Al2O3Al2O3, alumina) and magnesium oxide (MgOMgO).- Ironworks 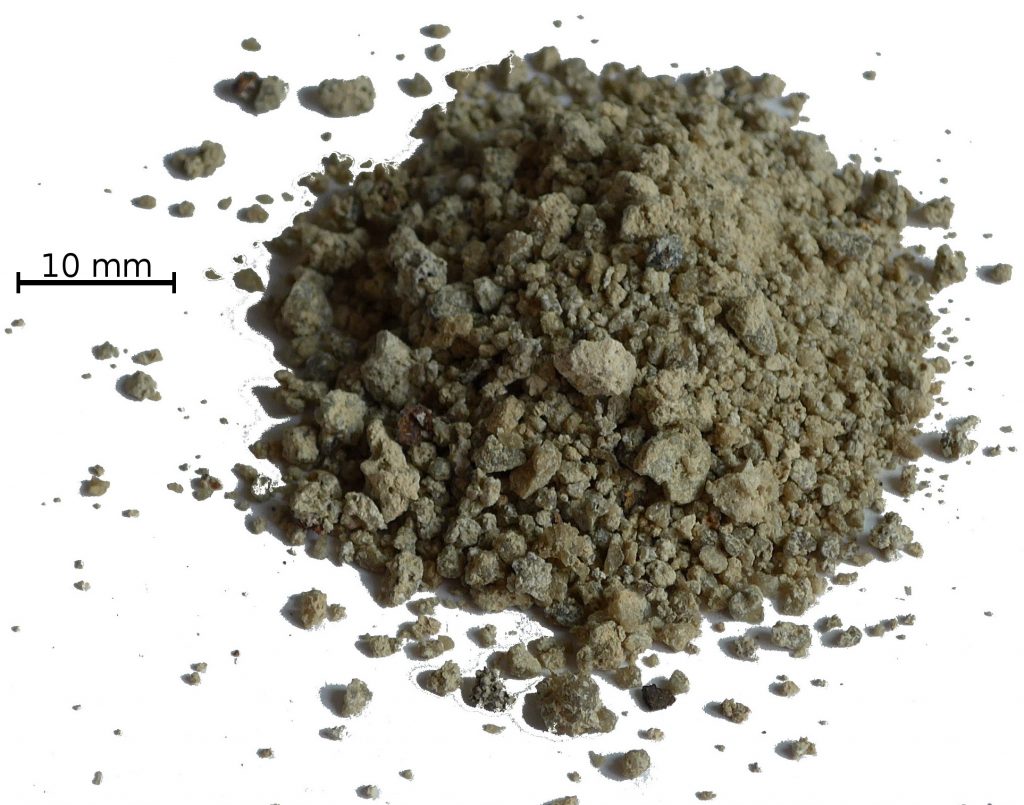 Ground-granulated blast furnace slag is used as a raw material for cement production!

Coke, which consists mainly of carbon, not only supplies the necessary heat by burning but also serves in a special way as a reducing agent so that the iron can be removed from the ores! The chemical processes are discussed in more detail in the chapter on blast furnace processes. Modern blast furnaces require around 350 kg of coke to melt one tonne of pig iron. With a daily production of 10,000 tons, this results in a coke input of 3,500 tons per day!

For this reason, the coke required (also called metallurgical coke) is usually produced directly in the iron works, in so-called coking plants. Coke production is essentially based on heating coal in the absence of air by temperatures above 1000 °C (pyrolysis). The air seal prevents the coal from burning; this is only supposed to happen in the blast furnace. Due to the high temperatures, the undesirable compounds in the coal, such as sulphur, are gasified and then removed.- Ironworks

Coke is a carbon-rich coal produced by pyrolysis in coking plants!

The coking of the coal takes up to 20 hours, whereby the coal loses about a quarter of its original mass. The carbon content increases to approx. 90 %. For economic reasons, however, it is not possible to remove all the sulphur from the coal, leaving around 1% sulphur in the coke. In this way, sulphur in form of iron sulphide (FeSFeS) enters the pig iron to an undesirable degree. It must be removed later for steel production by special after-treatment processes.- Ironworks 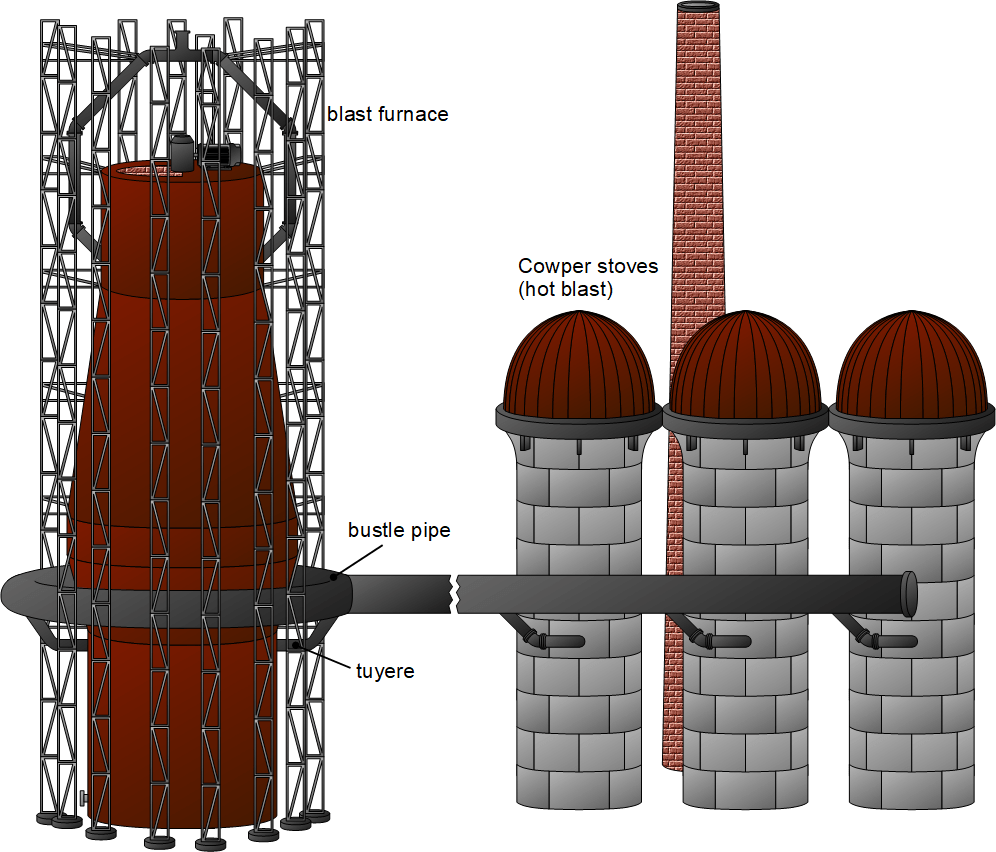 Hot-blast is air heated in hot blast stoves, which is blown into the blast furnace via tuyeres!

In principle, hot-blast stoves consist of several brick towers. The inner masonry of these towers is heated alternately. Among other things, the hot but low energetic waste gas of the blast furnace is used (which for this reason is initially mixed with other high energetic fuel gases like natural gas). This gas mixture is then burned inside the hot-blast stoves. The large-area masonry heats up accordingly.

If the desired temperatures of over 1000 °C are reached, the combustion process is interrupted and oxygen-rich ambient air is passed over the heated masonry. The air heats up and can then be fed into the blast furnace as a hot blast. To enable continuous operation of the blast furnace, at least two cowper towers must always be switched alternately to “heating” or “blowing”.- Ironworks

The actual melting down and removal of the iron from the ores takes place in blast furnaces, which project about 30 m in height and have a diameter of about 10 m. Some blast furnaces even reach heights of over 70 m and diameters of 15 m. The temperatures of up to 2000 °C in the blast furnace require an extremely heat-resistant lining. For this purpose, artificially produced fireclay bricks made of corundum (Al2O3Al2O3) are used, which must also have a very high carbon monoxide resistance.

In the lower part of the blast furnace with the highest temperatures even special carbon stones are used. The brickwork in this lower section is sometimes more than one metre thick. In addition, the masonry is specially water-cooled by a pipe system. In this way, a blast furnace can run continuously for up to 15 years before it has to be serviced. In principle, blast furnaces are only switched off at these times, otherwise they run around the clock. A blast furnace essentially consists of the components described in more detail below.- Ironworks 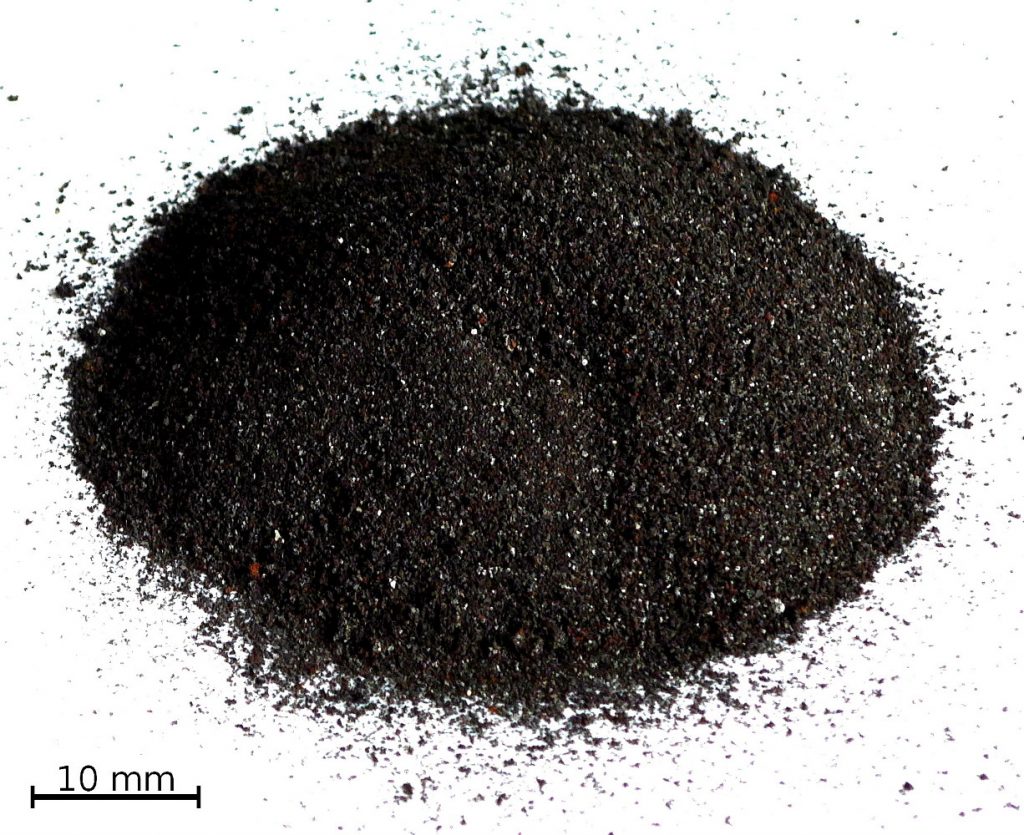 In addition to nitrogen, carbon dioxide and small amounts of hydrogen, the blast furnace gas also contains the very toxic carbon monoxide. The blast furnace gases or the blast furnace dust must therefore be specially cleaned and processed. The hot gases are also used to heat up the hot air in cowper stoves and are fed to the coking plant to process the coke. But steam power plants or other industrial plants can also be customers of this hot gas.- Ironworks

Following the throat is the so-called stack, which has the shape of a truncated cone that widens downwards. This shape prevents the stack from clogging, as the downwardly increasing temperatures also cause the charging to expand.

In the upper part of the stack, the carbon monoxide gas (caused by the combustion of the coke) that rises upwards flows through the iron ores layers. Chemical reactions occur that break down the iron-containing oxides and dissolve pure iron in a form that is not yet liquid.

The coke layers lying between the iron ores must not disintegrate and form a gas-proof layer that impedes the gas flow. The 100 mm coke chunks must therefore be very pressure-resistant.

The conical shape of the stack finally ends in a cylindrical ring. From there, the still solid components begin to melt and some liquid iron and slag are formed. The sagging of the coke and iron ores from the throat to the melting zone takes several hours. This cylindrical part of the blast furnace is also called belly.

Above the liquid pig iron lies the slag, which is partly drained via water-cooled forms made of bronze or copper. This lowest part of the blast furnace where pig iron and slag accumulate is also called hearth.

The pig iron itself is drained off at regular intervals from a closed hole in the hearth. The piercing of the tap hole to remove the pig iron is called tapping. Together with the remaining slag, the pig iron is then passed to the casting hall via a runner system in the floor. The slag is separated by specially guided line systems.

The draining of liquid pig iron at regular intervals is referred to as tapping!- Ironworks