Graphite has a layered structure. The atoms in the layer are arranged together in a hexagonal arrangement with strong covalent bonds. There is a van der Waals force between the layers, which makes it have strong directionality, that is, obvious anisotropy. The inner layer and the entire surface contain low energy and hardly wet the liquid high-temperature slag and molten steel. Graphite has high thermal stability and does not melt, and the migration of ions is very limited. It is impossible to combine the ionic bonding between magnesia and the covalent bonding of graphite in magnesia-carbon bricks. Therefore, the first step is required. A binomial binding agent forms a network structure to obtain greater strength, but it has free valence bonds on the boundary, which can adsorb various substances. Flake graphite has higher oxidation resistance than other carbon products, and this oxidation resistance also improves the wear resistance of magnesia-carbon bricks. 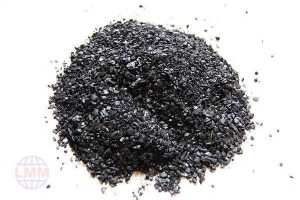 There are three main types of magnesia in production: seawater magnesia, sintered magnesia, and fused magnesia.

Sintered magnesia: Advanced sintered magnesia is a product composed of magnesia, dolomite sand, chrome powder, and periclase. The characteristics of advanced materials are: the MgO content is between 96 and 99%, and the bulk density is above 3.40g/cm3. The magnesia-carbon bricks used in steel mills are mainly asphalt-bonded or resin-bonded magnesia-carbon bricks, which are used for high corrosion parts of oxygen-blown converters and electric furnaces. 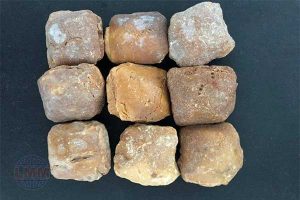 The substances that can be used as binders for magnesia-carbon bricks can be summarized as follows: coal-based tar, asphalt, and petroleum-based asphalt. The traditional asphalt combined with magnesia-carbon bricks is cheap, reliable in use, and has a high residual carbon rate. Petroleum asphalt has a strong affinity for magnesia. The body is not dense, and the thermosetting phenolic resin was later used to obtain good green body strength, and the oxidation resistance and thermal shock performance were improved. In the heat treatment process of phenolic resin, polymer chain glassy carbon is finally formed. The solid-phase carbonized structure of phenolic resin generally presents an optically isotropic glassy structure, and the carbonized carbon of pitch and tar liquid cannot be used due to its high liquid viscosity. In a flowing state, it has a mosaic structure. The resin is solidified before the liquid phase lamination is formed at high temperature, forming iso-directional carbon. Compared with iso-directional carbon, the former shrinks by 90%, and the latter shrinks by 5%. %, resulting in the formation of high-strength dense carbon. When the pitch and phenolic resin are mixed and carbonized, a mosaic structure will be formed at the interface of the carbonized structure. If the appropriate ratio is selected, a complete mosaic structure will be presented, and the bonding strength will be high, while the thermoplastic phenolic resin will not increase the carbon residual rate.

There are three ways to prevent the oxidation of magnesia-carbon bricks: one is to coat them with antioxidants, which form glassy substances at low temperatures to prevent carbon oxidation but lose their effect at high temperatures. The second is densification, the method of changing particle size, binder, and increasing molding pressure. The third is to add a small amount of metal or non-metallic compound additives that are more easily oxidized than oxygen to inhibit the oxidation of carbon. Such as aluminum, silicon, magnesium, calcium, etc., or binary or ternary alloys such as aluminum-magnesium,magnesium-calcium, and aluminum-magnesium-calcium instead of metals, and compounds such as silicon carbide, boron carbide, calcium boride, and titanium dioxide can also be used. Play a role in preventing carbon oxidation. Antioxidants lead to the formation of small pores at lower temperatures, reduce the permeability of magnesia-carbon bricks, thereby preventing the entry of oxygen, and can also enhance the high-temperature strength of bricks at high temperatures. Metal aluminum and silicon powder form various reaction products between 1000 degrees and 1400 degrees, filling the remaining pores after carbon oxidation, thereby improving high-temperature strength and improving oxidation resistance. At 1120K, the high-temperature strength of the brick with metal aluminum added is lower than that of metal silicon and aluminum, while at 1568K, the opposite is true, but its hydration resistance decreases with the increase of silicon.

The addition of metal calcium powder can improve the oxidation resistance of magnesia-carbon bricks in low temperature and medium temperature regions. The metal magnesium produced by the reaction can be re-oxidized to form secondary periclase, which greatly improves the corrosion resistance of magnesia-carbon bricks in an oxidative environment. The residual expansion is low and the volume stability is improved, so the effect is good in the tapping hole and the slag line.