The service life of the blast furnace tuyere affects the normal production directly. The tuyere burn-through caused by the tuyere leakage is the most serious safety production accident in the blast furnace ironmaking production. The tuyere burn-through accident that occurs during normal production of the blast furnace has serious consequences. As the blast furnace continues to strengthen smelting process, the tuyere abrasion will also increase. If the normal operation of the tuyere is improperly managed without preventive treatment, once the burn-through accident occurs, the blast furnace will be shut down in an emergency. A large number of high-temperature, molten liquid slag iron will bleed out from the burned part and sprays out of the furnace, causing burns to equipment and personnel. Huge property losses and reduced economic benefits will have a negative impact on the company’s safe production environment. At the same time, it is difficult to predict the specific time and location of the burnout of the tuyere, or the treatment is not handled in time after the burnout, and the accident will further expand, which will inevitably increase the loss of property and the degree of casualties. In order to prevent the tuyere from burning through effectively, extend the life of the blast furnace, improve the economic benefits of the enterprise, reduce the fixed cost of blast furnace, and increase labor productivity, it truly achieves the effect of “high quality, high efficiency, safety, low carbon, and environmental protection”. Research on various measures to prevent tuyere burn through in management and maintenance.

（1）The rupture of the tuyere. Including cracks and trachoma, it is mainly caused by unreasonable tuyere structure, manufacturing process and material defects. Cracks and trachoma are formed during the processing and manufacturing process, and normally they are very small, which is not easy to find with the naked eye. In the production of blast furnaces, the tuyere must withstand huge mechanical and thermal loads, and cracks are easily generated under the effect of thermal stress.

（2）Abrasion of tuyere. The front end of the tuyere extends into the furnace, which causes abrasion due to the friction of the pulverized coal powder and the erosion of the high-speed moving materials in the tuyere swirling area. The wear parts are located on the left and right sides of the horizontal centerline plane of the small tuyere.

According to statistics of blast furnace tuyere damage at home and abroad, melting loss accounts for 80% to 92%, abrasion accounts for 3% to 15%, and rupture is below 50%; small sets are frequently damaged, middle sets are more likely to be damaged, and large sets are not easily damaged.

There are many reasons for the tuyere damage, such as the structure, material, manufacturing quality, the quality of the raw fuel, the purity, pressure, and flow rate of the cooling water. In addition to these objective conditions, the frequent tuyere damage is also related to factors such as the operating conditions of the hearth and blast furnace operation technology.

（1）There are problems with the tuyere material and manufacturing quality. The purity of the cast copper material is insufficient, the structure is loose, and the thermal conductivity is not good; When the quality of coke deteriorates, the pulverization phenomenon is serious in the blast furnace. A large amount of coke powder is mixed into the slag to thicken the slag, and the penetration speed of the molten iron is slowed down. When the content of ash and tar is high, it is easy to cause coking at the front end of the small tuyere, thereby affecting the heat exchange performance of the small tuyere.

（4）Improper operation of the blast furnace caused tuyere damage. When coal powder is injected into the blast furnace, the tuyere may be worn out in a very short time due to reasons such as unreasonable spray gun structure, incorrect gun position, large coal injection volume, and high coal powder flow rate.

According to the analysis of the blast furnace tuyere damage form, formulate a targeted blast furnace operation management system, and prevent the tuyere burnout technical measures to increase the tuyere service life, reduce the shut down rate, improve economic efficiency, and achieve the purpose of safe and efficient blast furnace production. Mainly work on the following items:

（1）Concentrate technology. Improves and stabilizes the quality of raw fuel and reduces harmful elements entering the furnace. According to the incoming logistics situation, optimize the coking, sintering, pelleting ingredients, improve the comprehensive grade of the furnace and reduce the amount of slag. Improving the quality of coke, especially the thermal performance of coke, ensuring the role of coke in the material column skeleton of the furnace, and the good liquid permeability of the slag in the hearth are important factors to ensure the stability of the air flow and to reduce the wear of the tuyere. Concentrate is the basis for the long-term stable and direct operation of the furnace.

（3）Improve the stability of blast furnace conditions. Reasonably adjust the lower system and heat system according to the changes in the periphery, control the reasonable furnace type parameters, and make reasonable corrections to the blast furnace control parameters and furnace type parameters through production practice to further promote the improvement of the furnace condition forward degree. As the furnace condition forward time increases, the Some furnace type parameters are revised again, and the thermal system is adjusted according to the change of the titanium load into the furnace, especially the control of furnace temperature and alkalinity. Such a benign cycle achieves a long-term stable running. According to the change of lining temperature, temperature difference and gas flow in production, make full use of adjustment methods such as ore batch, material line, tuyere area, tuyere layout, cloth angle and other adjustment methods to stabilize the lining temperature and gas flow in a reasonable range. Maintain reasonable operation of the furnace to prevent the tuyere from being burned if the slag skin at the bottom of the furnace body is too thick and suddenly falls off.

（4）Carry out rigorous testing work for the tuyere, formulate tuyere inspection system, and regularly replace and maintain. Establish a record of tuyere usage, analyze the tuyere abrasion of each replacement, determine the airflow in the furnace according to the thickness of the slag skin before the tuyere, and then select a reasonable tuyere area to ensure that the hearth in front of the tuyere work properly and prevent tuyere burned through caused by local accumulation.

（6）Blast furnace tapping management. Determine a reasonable angle and depth of the iron tap hole, determine a reasonable number of tapping times, molten iron flow rate, and slag seepage time to reduce the abnormal erosion of the furnace hearth by the slag-iron circulation. According to 1.2~1.5 times of the brick lining thickness in the iron mouth area, the iron mouth depth, the iron outlet speed, and the slag-iron time ratio are controlled to about 0.8, which effectively avoids the local accumulation caused by the uneven work of the hearth, resulting in the slag iron Erosion of tuyere.

（8）Water quality management. According to the water quality test, add drugs to kill algae in time, reduce Ca2+, Mg2+, Cl-1 ions in the water, control the pH to 7.0, prevent scaling of the cooling equipment, and reduce the cooling effect. After the tuyere leaks, the wind shall be closed in time. 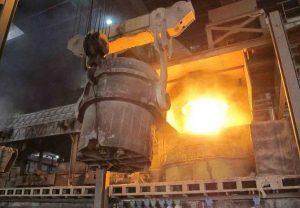 Through the safety technology implementation to prevent tuyere burn-through, various contradictions of various harmful elements on the blast furnace tuyere burn-through are organically unified, the work of improving the activity of the hearth is seized, and the two airflow distributions are reasonably matched to form a regular alkali exhaust system So that each blast furnace can effectively prevent the tuyere from leaking and burning through.

（1） By implementing various technical safety measures such as concentrate technology, maintaining long-term stability of the furnace condition, furnace type management, water quality management, tracking of harmful elements, etc., a blast furnace operation system has been established, and furnace parameter parameters have been established. Through the adjustment of the upper and lower systems, The wind speed and the kinetic energy of the blast rise, so that the work of the hearth is active, the damage of the tuyere is reduced, and the technical and economic indicators are also improved. Tracking the content of harmful elements reduces the impact on the tuyere deformation. Improve water quality, increase water volume, control water temperature, and meet blast furnace cooling requirements.

（2） Improve the blast furnace’s running speed, prolong the blast furnace’s running cycle, and eliminate the collapse of suspended material. Because the content of harmful elements is reduced. It overcomes the accumulation of the hearth caused by the high titanium load and the uneven work of the hearth caused by the design of the iron port. By reasonably controlling the heat load of the furnace body, ensuring a reasonable thickness and stability of the slag skin, the tuyere is prevented from leaking and burning through.

Through various effective measures, it reduce the risk of burn-through of the tuyere, and make the serious safety production accidents rate lower. The major safety hazards of equipment and persons are eliminated, the economic benefits are improved, the labor productivity is increased, the cost of overhaul is saved, which are suitable for the blast furnace produce. 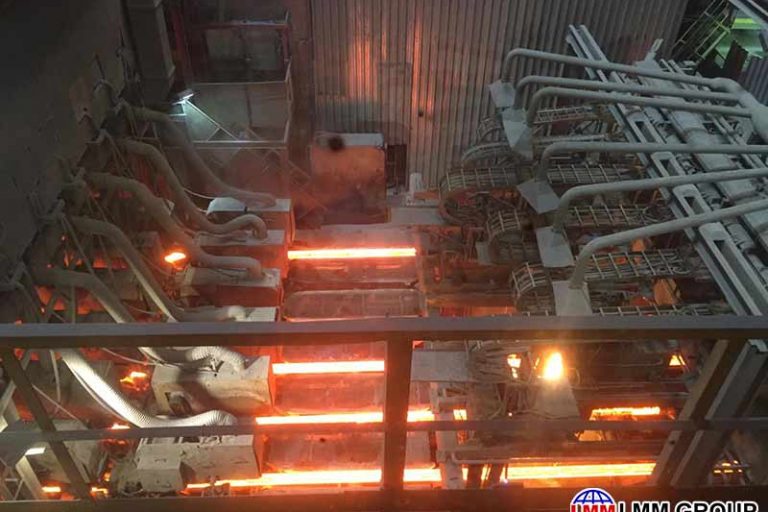 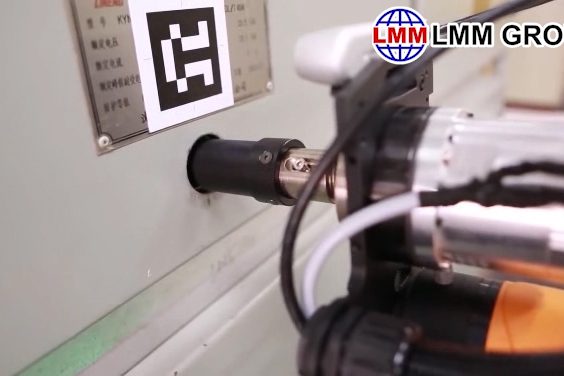 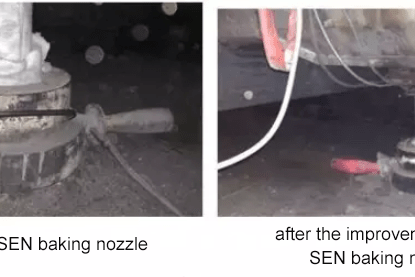 [Original Article] Shocking! The complete set of converter equipment with a total weight of 1,100 tons and the largest 350 tons in the country was deliveried to Baosteel Zhanjiang Iron and Steel

1006 heats! The tap life of No.3 converter in Tangshan Iron and Steel Co. has reached the highest record in China!

[Original Articles] How to prevent the blast furnace tuyere burning through?

[Original Articles] How to distinguish the quality defects of billets?